No Play For Princess

No Play for Princess is the third episode of Spliced!. 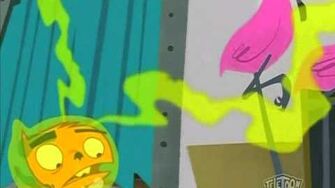