Spliced! Keep Away Wiki
Register
Don't have an account?
Sign In
Advertisement
in: Characters, Main Characters, Females,
and 7 more

Octocat is a mutant who works as the minion of Mr. Smarty Smarts, but is also a close friend to him. She is one of the only mutants to not be able to speak, instead conversing in meows. Despite this, the other mutants still understand what she is saying. Before the Doctor got arrested, she was blasted with a ray to become a super-soldier, along with Fuzzy.

Although she helps Mister Smarty Smarts with his evil schemes, she does seem to have some what of a conscience, as displayed when she persuaded Smarts to confess that he was unable to read a book, which contained Peri's purpose, and he learns to read with the help of Octocat and his robotic minion, Claw-o-patra. (Stuck Together)

She is known to sometimes Octocupcakes. (Sugar Low) 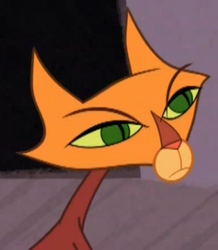 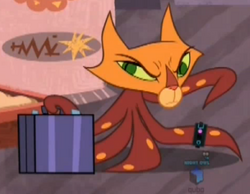 Octocat leaving Mr. Smarty Smarts when she had enough 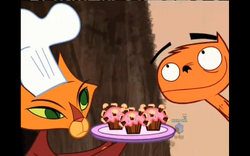 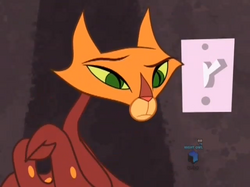 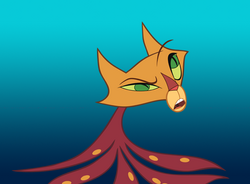